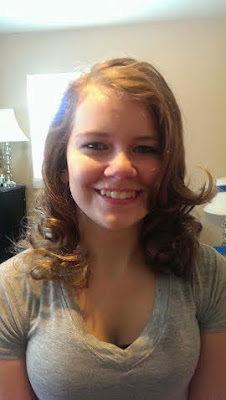 Brooklyn Rogers, 17 years old, was a senior at Ripley High School when she passed away of injuries sustained in a car accident October 19, 2015.
Brooklyn was the daughter of Crystal Gail Donohew of Sandyville, and Christopher Shawn Rogers of Evans. She was also a sister to Shawn Rogers of Evans and Robert Zane Summers of Sandyville.  Step-family members include: Bill Ferrebee, Rose Beegle, Conor Ferrebee, Bryan Hunt, Savannah Ferrebee, Bre Matheny, and Holli Chase.
Brook described herself as a tomboy, and often enjoyed being outdoors and riding four wheelers or going muddin’ with her buddies.
“Anything a boy would do, she would try to do better,” friend Tayler Radabaugh said.   “Since middle school, we’ve always had classes together…I remember a PowerPoint on somewhere we’d like to go.  She did Spain and the running of the bulls.  I wanted to do it with her because she made it sound really fun,” Radabaugh said.
Throughout her high school career, Brook actively participated in FFA, including serving as a middle school officer.
“She was on a lot of Career Development Event teams.  Last year she competed in the vet science team with me, and we always joked around that one of our goals was to see how mad we could get Tara (our coach) on animal IDs.  We would tease and say that a horse was a goat,” friend Annie Garnes said.
Her love of animals was widely known outside of school as well.   She co-oped for the Jackson County Animal Shelter every morning, and aspired to become a veterinary technician.
“Brook was sweet and easy to work with.  One of Brook’s biggest interests was cats.  She spent any free time in the cat room.  She had two favorites, which her mother has since adopted,” Sheila Chambers, Humane Officer, said.
Although as a co-op student she mostly did cleaning, she was learning shots and had an introduction to some of the things that would help her future career.
“On behalf of the Animal Shelter, we are devastated.  We are going to miss her tremendously, and we want to wish her family peace,” Chambers said.
The school and community mourn the loss with Brook’s family of such a wonderful person.
“She was a really gifted artist, and she was just smart and clever and funny. Our class is not the same because she is not in it anymore,” teacher Carol Greene said.
A prayer chain was presented to the family with memories from the student body.  In addition, the Class of 2016 is purchasing a brick engraved with her name for the Fallen Vikings Memorial in the school courtyard.  We have appreciated the condolences of other schools around the state, including St. Joseph’s High School (Huntington) and George Washington and Riverside High Schools (Kanawha County).


Visitation at Casto Funeral Home in Evans will be held 3-7 p.m., Sunday Oct. 25.  The funeral service will be Monday at 1 p.m.
Posted by thevikingpress at 8:49 PM